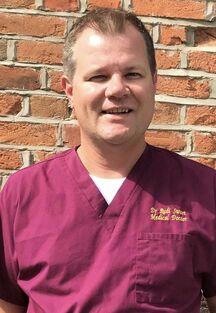 
Dr Swart studied medicine at the University of Stellenbosch, South Africa.
During his first two years as a medical doctor he worked in South Africa
rotating through different hospital departments including Anaesthetics.
He moved to the UK in 2003 and became interested in Emergency Medicine.
He now has 12 years experience as an A&E Doctor where he regularly
performed emergency procedures on sedated patients.
As part of his daily duties he taught medical students, nurses and junior
doctors. He has kept up to date with the Resus Council (UK) courses ALS,
APLS and ATLS over the last 10 years. He started working in NHS dental
sedation referral centres in 2008, and is regularly involved in private
sedations in Harley Street and several other locations.
He started as a honorary lecturer with University College London in 2014.
Other interests have been working as a cruise ship doctor on the Queen
Mary II cruise ship and working for the Metropolitan Police as a Forensic
Medical Examiner.
BACK TO MAIN TEAM PAGE